Liquidity providers theoretically ensure greater price stability and also improve liquidity by making it easier for traders to buy and sell at any price level. By making a market liquidity providers an important service and take on a significant amount of risk, but are still able to profit from the spread or  by positioning themselves on the basis of the valuable information available to them.

In the world of Forex the majority of global liquidity is provided by a number big name investment banks (referred to as Tier 1 liquidity providers) that make markets in all the available in currency pairings. These investment banks all have currency trading desks where traders quote both Buy and Sell prices in the currency pairings they offer. It is thought that these major liquidity providers in fact lose money on the majority of the trades placed with them, due to the very tight spreads on offer. However Tier 1 liquidity providers are then able to use this order book info to their own advantage ultimately allowing them to turn significant profits.

Brokerages operating a Dealing Desk are taking on the role of a liquidity provider themselves by allowing clients to both Buy and Sell currency. These Dealing Desks make money through the Bid-Ask spread, as well as hedging client’s positions internally or in the underlying market. Often these smaller Dealing Desks often rely on the fact the majority of retail traders lose money in order to turn a profit. This is why many retail traders prefer to trade with a STP/ECN brokerage as this model doesn’t involve any possible conflicts of interest. 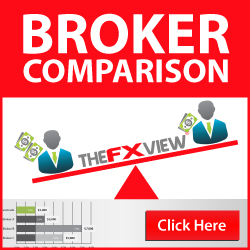 3 thoughts on “What is a liquidity provider?”