What is a Forex Rebate? 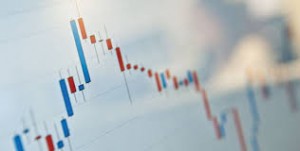 Forex brokerages profit through the Spread and/or Commission charged to a trader. Spreads and Commissions ultimately eat into a traders profits or increase a losing trader’s losses. Forex rebates see traders receive a portion of these costs back from their brokerage either directly into their trading accounts or via a third party. Forex rebates programs have become increasingly popular over the last few years, as they allow a trader to reduce the costs of trading.

How Do Forex Rebates Work?

It should be noted that their have been a number of cases where Introducing Brokers have reneged on their commitment to give their referred clients rebates. This means that many traders prefer to opt for established and well known Forex rebate programs which have a history of reliably paying rebates to traders.

Spread Reductions are something which has been increasingly offered by Introducing Brokers, and see traders receiving a reduced spread when signing up with particular IB’s. As STP brokerages typically add a fixed mark-up onto the spreads they receive from their liquidity providers, which they then share with Introducing Brokers. In this case the Introducing Broker simply forfeits a certain amount of his share of the spread mark-up, which means the trader receives better trading conditions. Despite, the ease of this approach to rebates very few brokerages and Introducing Brokers offer their clients the chance to take advantage Spread reductions.

Where Can I Get Forex Rebates

There literally hundreds of different Introducing Brokers offering a variety of different rebates, and which Introducing Broker you will end going with will depend on the kind of rebate and the particular brokerage you are interested in using. Many traders end up going with larger rebate programs such as the one offered by CashBackForex, where they can choose from a range of different brokerages and opt for the rebate that suits them best.