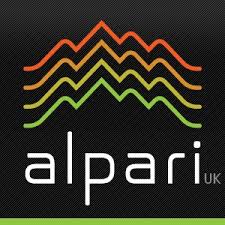 The UK arm of well known FX brokerage Alpari has entered into insolvency proceedings, this follows the significant market turmoil caused by the Swiss National Bank’s decision to stop capping the Swiss Franc against the Euro. This led to massive and unexpected volatility and an extreme lack of liquidity. This lack of liquidity meant that client positions could not be closed with liquidity providers and similarly other retail brokerages who use Alpari as a liquidity provider could not close their positions with the broker. By the time, it was possible for client positions to be closed, many of the open positions in the Swiss Franc/Euro were massively in the red. This ultimately led to brokerages such as Alpari having to cough up huge amounts to liquidity providers, with customers of the brokerage not bearing the brunt of these extreme losses beyond their total account liquidity.

Alpari UK has announced as of today, the brokerage will be entering into insolvency proceedings due to the fact that they cannot cover customer losses which have been passed onto them. The official statement posted on their website reads as follows:

The recent move on the Swiss franc caused by the Swiss National Bank’s unexpected policy reversal of capping the Swiss franc against the euro has resulted in exceptional volatility and extreme lack of liquidity. This has resulted in the majority of clients sustaining losses which has exceeded their account equity. Where a client cannot cover this loss, it is passed on to us.  This has forced Alpari (UK) Limited to confirm today, 16/01/15, that it has entered into insolvency. Retail client funds continue to be segregated in accordance with FCA rules.

Alpari CEO, James Hughes has already come out and critcised the actions of the Swiss National Bank characterising their decision horribly irresponsible:

“I’m sure this isn’t the last we’ll hear on the subject and the SNB are going to be heavily scrutinised in the coming weeks for what appears to be a horribly irresponsible move on their part. For years central banks have tried to avoid days like today by being transparent and making moves like this over time while drip feeding their intentions to the markets. The SNB have shown themselves to be amateurs today and there is many people that will suffer considerably as a result.”

Thankfully, those who are categorised as retail clients by the brokerage will be able to claim back up to £70,000 of their funds via the FCA’s financial compensation fund. Though it is likely that those seeking to do so will be in for a long wait, as it well known the compensation process can take a significant amount time. Episodes like this stress the importance of doing business with brokerages that properly segregate client funds and are apart of investment compensation fund.
Alpari has been one of the leading names in the world of retail FX and is the leading name in the Russian market. The brokerage in recent times has also become one of the leading liquidity providers for smaller retail brokerages, and it appears likely that there will be some contagion from the collapse of Alpari which may lead to a number of other retail brokerages to shut up shop. This article will be updated to reflect any developments with the Alpari situation.