Publicly traded firm with over 450,000 clients and annual revenues of more than £500m. The firm hires more than 200 people and headquartered in the City of London. 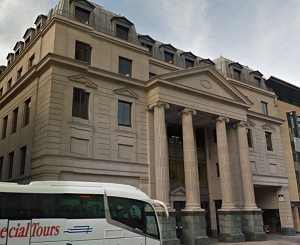 FAIRFX, named for their commitment to providing Fair Foreign Exchange, are a London based money transfer company. Since August 2014, they have been trading on the London Stock Exchange (LSE) as FFX.

FAIRFX are one of the many popular FX companies founded in response to banks’ and airports’ offers of inferior exchange rates and high fees.

In 2007, Jason Drummond and Ian Strafford-Taylor formed FAIRFX as an answer to the increasing costs of foreign exchange. Like similar companies, they noticed that banks were charging exorbitant fees on money transfers that effectively cost the banks very little. In addition to the stated fees, banks manage to get away with charging hidden fees by offering exchange rates below the market average

Although FAIRFX face competition in the industry from veteran companies who have been around far longer than FAIRFX 8 years, they’ve rapidly grown a large customer base, reaching over 460 000 retail clients by mid-2015.

From the start, FAIRFX managed to cut out the middleman, offering technological alternatives to kiosks and travel money bureaus. They eventually moved on to more advanced technological solutions, culminating in their cloud-based peer-to-peer platform. They offer prepaid currency cards, which effectively work as cash, using Mastercard as a platform to function internationally.

The newest member of the management, John Pearson, replaced co-founder Jason Drummond in 2014 as Non-executive Chairman. Mr Pearson has an illustrious career behind him, including being a co-founder and CEO of Virgin Radio and Chairman of Shazam Entertainment.

FAIRFX Group’s biggest lacking is their lack of representation around the world. They have only one office, in London, an English-only website, and limitations on US-based customers. They’re highly localised, with their focus on providing their UK customers with cheap and easy money transfer services to and from locations around the world.

By the end of 2014, their headcount equalled 66 members of staff. They had bolstered their management team, with the intention of keeping new employment to a minimum through 2015.

Their marketing strategy has focused on growing their customer base as rapidly as possible. Since FAIRFX has a low margin on each transaction, they rely on customer volume to drive revenue growth. In 2014, they increased their customer base by 86,397, and rapid increases continued throughout 2015, reaching 495 000 customers by the end of August 2015. This growth came at a relatively high cost. The Group made a loss of £2.8 million in 2014, the result of high investment in marketing, their growth in headcount, the costs of admission to AIM, and the charge for share options granted to management and staff.

In August 2014, FAIRFX Group listed on the London Stock Exchange (LON:FFX). Despite their success in business growth, their stock price has consistently fallen. From a high of 76.5p in September 2014, shares have dropped to 21.0p in December 2015.

FAIRFX is a Public Limited Company (PLC), and has a Money Service Provider License issued by HM Revenue and Customs (HMRC), who also regulates their business.

They are further authorised by the Financial Conduct Authority under the Payment Services Regulations, 2009, for the provision of payment services.

In May 2015, FAIRFX announced a partnership with car rental company Hertz, aiming to “generate reciprocal benefits of accruing additional customers for both FAIRFX and Hertz whilst delivering enhanced value to their existing client bases”.

In July 2015, FAIRFX announced a partnership with travel company Portman, in a move to “provide a dedicated corporate expense and travel cost management solution to its corporate clients and travellers”.

FAIRFX has gained a major following, with its reputation as trustworthy and reliable. Customer reviews cite the low fees, customer service, and efficiency as the major attractions. Negative feedback generally focuses on certain locations not accepting FAIRFX prepaid cards.

FAIRFX picked up the award for Best Travel Money Retailer at the British Travel Awards, knocking the Post Office from the spot it occupied for 7 years.

As one of the most trusted money transfer services, FAIRFX has grown rapidly in its 8 years of existence. With a constantly increasing customer base, and a listing on the LSE, its prospects are looking good. FAIRFX is very localised, and therefore a great option for British nationals sending and receiving money abroad.

Leave Your FairFX User Reviews Below