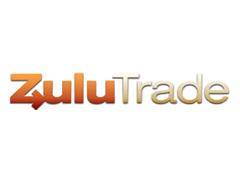 Slippage occurs when there is a difference between the expected price of a trade, and the actual price that the trade is executed at. Slippage generally occurs during periods of significant market volatility. Many ZuluTrade users have noticed that they experience significant amounts of slippage when using the social trading service. This is due to the fact that trades placed by signal providers have to be copied into a traders live account through the ZuluTrade service. Different brokerages have different quality connections with the service, meaning that some brokerages suffer from more slippage than others.

Slippage can significantly eat into your profits and can increase the size of your losing positions. For instance suppose that one of the Signal Providers you follow makes an average of 10 pips per trade, and your broker suffers from an average 2 pips of slippage per trade. In this situation you will be only averaging a total profit of 8 pips per trade. This means picking a brokerage which integrates with the ZuluTrade platform well, can make a considerable difference to overall performance.  Of course traders need to also consider commission and spreads when considering what ZuluTrade brokerage to pick.

Thankfully, ZuluTrade allows traders to compare slippage experienced with different brokerage when following individual signal providers. But it is not possible to  make more general comparisons between brokerages. So we here at the Fx View, decided undertake a more general comparison between brokerages. We did this by calculating the average slippage experienced by those following the top 10 ranked signal providers, only including brokerages with at least five data points.

According to our analysis, the brokerages with the lowest rates of slippage were:

A number of brokerages were left out due to the fact we didn’t have enough data to properly compare these brokerages. Those not included in our analysis were the following: Starfish FX, ADS Securites, IBFX, BMFN MT4 and DVS Capital. Unsurprisingly, AAAFx came out as the brokerage which had the lowest rates of slippage. This is due to the fact that AAAFx is the only brokerage to be fully integrated with the ZuluTrade platform, ensuring very limited slippage. Some of the worst performing brokerages appear to suffer from an average of 3 pips or worse slippage. Such slippage could seriously effect your overall performance using the platform and the difference between the best and worst brokerages is quite staggering.

A number of other brokerages offer rates of slippage which are competitive with those of AAAFx, with their being a good selection of brokerages with rates of slippage below 1 pip.  This clearly makes AAAFx a very attractive proposition due to the fact that the brokerage charges no commission to those using the ZuluTrade platform. Determining which brokerage offers the best ZuluTrade service involves taking into count a number of different factors including regulation, spreads, slippage and commission.