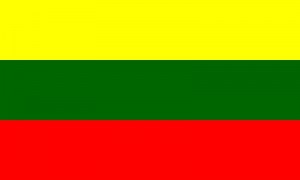 Located in the Baltics, Lithuania which shares borders with Latvia, Belarus, Poland and the Russian enclave of Kaliningrad has a small but growing retail Forex market. Despite a strong and growing economy, the retail FX industry in the country is rather undeveloped with foreign Forex brokerages dominating the Lithuanian market, with brokerages based in fellow Baltic state Estonia being particularly popular with traders based in the country.

Lithuania joined the European Union in 2004, and thus has become party to the Markets in Financial Instruments Directive (MiFID). This allows brokerages based in the jurisdiction to do business throughout the European Economic Area via MiFID outbound passporting. It also means that brokerages regulated by the countries central bank (Lietuvos Respublikos Centrinis Bankas) must comply within the minimum regulatory standards as set within the Markets in Financial Instruments Directive. A list of brokerages regulated in the country can be found on the regulators page: Brokerage Firms (Finansų maklerio įmonės).

Despite the competitive tax regime not many brokerages have chosen to operate from the jurisdiction, with their only being a couple of local players regulated within the country. In part, the local marketplace is dominated by Introducing Brokerages who are promoting brokerage firms based in other European jurisdictions. A prime example of this would FxBroker.lt who act as an introducing broker to CySEC and FCA regulated to FxPro. Their are a number of other sites which act as Introducing brokerages for other EU regulated brokerages.

Regulated by the countries central bank, MRC Markets offers traders the opportunity to trade Forex, Precious Metals, and a number of Stock Indices via CFD’s. The brokerage offers customers access to the MetaTrader 4 & 5 platforms, and provides customer service in Lithuanian, Russian, English, Latvian and Polish. Like many brokerages operating in the country firm allows clients to open accounts with a limited amount of capital with a minimum deposit of only $100.

The Forex industry in Lithuania is dominated by foreign FX brokerages, with their being little in terms of local options. With established Foreign brokerages continuing to market themselves to residents of the country it seems unlikely that any local brokerage is going to establish itself as a serious European player. Brokerages looking to market themselves in the jurisdiction should look to play up low deposit requirements and potentially look to work with introducing brokers based in the country.

One thought on “Forex in Lithuania”