Please Note: This article deals with the European forex and CFD regulation. We have an additional guide about other territories.

You will often see Forex brokerages advertising themselves as being EU Regulated, however there is not one overriding European financial regulator with each member country being responsible for the regulation of financial services in their own country. For instance this sees brokerages based in the UK falling under the jurisdiction of the Financial Conduct Authority (FCA), while brokerages based in Cyprus fall under the jurisdiction of the Cyproit Securities and Exchange Commission (CySEC).

What ties all these national regulators together is the Markets in Financial Instruments Directive better known as MiFID (What is MiFID?). The MiFID, is a key example of the European Union’s commitment to a common market for financial services, I.e the ability for companies in one country to be able to do business across the European Economic Area. When brokerages state that they are EU regulated, what is meant by this is that they are regulated in a country which is signed up to the Markets in Financial Instruments Directive. 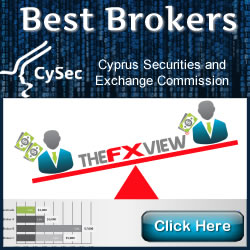 One of the central tenets of the Markets in Financial Instruments Directive is that of outbound passporting. This allows for brokerages regulated in one European Economic Area (EEA) country to then offer their services to clients throughout the EEA. This means it’s possible for a brokerage regulated in Cyprus to take on clients in the United Kingdom without having to gain an additional regulatory licence in the United Kingdom. This is partly why a number of the biggest names in retail FX, choose to operate a European subsidiary which allows them to promote their services to 503 million residents.

Despite the ability for a brokerage regulated in one EEA country to do business across the European Economic Area, the scope of Forex regulation varies between member countries with regulation in some jurisdictions being tougher than in others. This is due to the fact that MiFID only aims minimal harmonization, introducing a minimum level of regulation which must be implemented by domestic European regulators. This has seen certain domestic regulators go above and beyond the minimum requirements as set out by MiFID, while other countries have stuck very closely to the bare minimums required by the European directive. This has seen a number of brokerages open up shop in EEA countries which take a light touch approach to financial regulation. This is partly why so many brokerages choose to operate from Cyprus, Malta and Bulgaria which are all seen as offering favourable regulatory atmosphere from a brokerages perspective.

MiFID sets out a number of important protections for traders, and has done a great deal to ensure that those operating with brokerages based in the European Economic Area. One often mentioned protection introduced in MiFID is the introduction of mandatory investor compensation funds which protect retail customers should a brokerage go bankrupt, ensuring that deposited funds up to certain amount are returned to the customer. It also outlines the minimum capital requirements and the mandatory segregation of client and company funds, all of which provide traders with a level of important protection. Other parts of the directive are aimed at ensuring that customers receive the best possible execution and are treated fairly by brokerages.

As previously mentioned the Markets in Financial Instruments Directive applies to countries in the European Union and European Economic Area. Below you will find a list of all the countries and regulators party to MiFID.

The following regulators are party to MiFID due to being members of the European Economic Area:

Brokerages regulated in any of the above jurisdictions will be able to take on clients from throughout the European Economic Area, via MiFID’s outbound passporting principle. It is important to realise however that some of these regulators are held in higher esteem than others.