One of the largest money transfer firms in the world. Recently acquired for over GBP 200m. Handles 5bn in international transfers every year. Local offices almost anywhere on the globe, including the UK, Spain (16 offices!), Australia, USA, UAE, and many more locations. Ranking of 98% reliability on MoneyTransferComparison’s Currencies Direct Review.

Currencies Direct – Comparison To Other Services 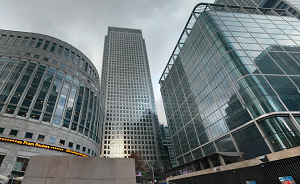 Currencies Direct is one of the biggest Forex service providers, with 20+ offices in the UK, USA, Spain, Portugal, India, and South Africa. Currencies Direct provides specialised services to businesses and individuals, with highly localised support and trade options. They claim a strong sense of Corporate Social responsibility, in terms of charity, staff, and treatment of and service to customers.

Currencies Direct was founded in 1996 in London, making it one of the oldest Forex firms in the UK. The founders wanted to provide an alternative to the expensive and inflexible services banks offer for foreign exchange. One of their aims was to provide personal and localised service to customers around the world, and in 1999 they began their international expansion, opening their first office in Spain.

One of the major pulls for Currencies Direct is their offer of zero fees on all exchanges. This, however, is true for the UK and Europe. In certain other locations, flat rates are charged on all “small” transactions (lower than the equivalent of US$10 000).

Currencies Direct also offers E-tailer collection accounts for online retailers. Sellers on sites such as Amazon and cdiscount lose up to 4% of their sales in fees. Currencies Direct’s accounts minimise this loss.

Keith Hatton is the current CEO of Currencies Direct. He took up the role in 2011, with over two decades of experience in banking, management, and foreign exchange. He spent 19 years with NatWest, during which he held senior positions in local and offshore banking roles. He subsequently took up senior positions at Bottomline Technologies and Derivion. More recently, he was CEO of TTT Moneycorp.

Antony Jenkins is the Group Chairman at Currencies Direct. He is a financial technology expert and entrepreneur. He has also led a global FTSE 100 financial services business.

Vivek Awasthi serves as Chief Information Officer. He joined in 2012 and is responsible for the company’s Information Technology architecture and providing senior-level strategic and operational direction with the use of information to deliver value for Currencies Direct and its customers. He holds a degree in mathematics and is a Certified Professional from ACS.

Currencies Direct is one of the biggest Forex firms in the UK, moving around £5 billion annually. They have over 250 employees worldwide.

As mentioned, Currencies Direct provides highly localised services to individuals and businesses around the world. Their website detects your location, and offers information relevant to your country, including fees, regulations, and closest offices. They are available for telephonic enquiries, as well as face-to-face meetings in locations in which they have offices.

Currencies Direct is not a publicly listed company.

Currencies Direct is licensed by the FCA and HMRC in the UK, as well as the relevant regulatory boards around the world. Their website provides regulatory information according to your location.

In 2015, Palamon Capital Partners and Corsair Capital jointly acquired Currencies Direct in a deal exceeding £200 million. The deal is structured for Currencies Direct’s management to increase its ownership position, and includes continuing equity participation by the firm’s principal founder, Mayank B Patel OBE, who will become Honorary President. The high status of these firms indicates a bright future for the company.

Currencies Direct has a 9/10 rating on reviews site Trustpilot, indicating its customers’ satisfaction with safety and reliability. There are few complaints and no major issues. Their acquisition by Palamon and Corsair only increases their reputation.

Currencies Direct has the best online platform out of all money transfer companies, with a lot of unique features like multi-payments and rate-watch orders. It’s an incredible choice whether you are transferring low personal payments or paying for a property abroad.