CySEC stands for the Cyprus Securities and Exchange Commission, which is the organisation responsible for the regulation of financial services on the island of Cyprus. In 2004, Cyprus joined the European Union which allowed firms regulated on the island to take on customers from throughout the European Union and European Economic Area. Soon after this online trading begun to take off with an ever increasing number of brokerages offering FX trading to retail clients, and it wasn’t long before Cyprus became one of the premier locations for brokerages looking to become regulated and gain access to lucrative European markets.

Note: To get a complete overview of different brokers and their regulative status view our Legal Forex Broker Comparison.

Why Is Cyprus So Popular With Brokerages?

If you have been looking into picking a brokerage you may have noticed that a significant number of brokerages are based on the small Mediterranean island, there are three primary reasons why Cyprus has become such a hub for FX brokerages.

To read more –  Advantages of Cyprus for Forex Operations 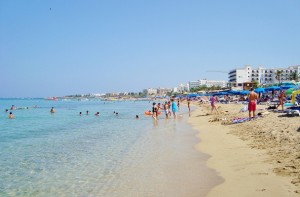 Island of Cyprus – From Wikipedia

CySEC and the EU

Cyprus as you may know is a member of the European Union. A central tenet of all current EU treaties is the idea of an internal market which allows for European firms to compete for business in all 30 European Economic Area countries. MiFID or the Markets In Financial Directive law provides the framework for the regulation of investment services and ensures that all the countries within the European Economic Area regulate certain investment services to a minimum standard as set out in the law.

While MiFID ensures that members of the European Economic Area must ensure a minimum standard of financial regulation, MiFID doesn’t completely harmonise the regulation of investment services. Some have criticised CySEC suggesting that the regulator fails to provide the kind of tough regulation that other European countries offer. Whether this criticism is justified is questionable with CySEC going beyond many of the minimum requirements as set out by MiFID. For instance CySEC requires investment firms hold at least 1 Million Euros of capital far in excess of the 730,000 Euro minimum set out in MiFID. CySEC has also taken action against a number of firms for breaches of relevant regulation and does seem to carry out its role diligently.

CySEC has been on the receiving end of criticism from a number of traders and industry commentators who believe the organisation is too light touch when it comes to the regulation of financial services. Some say evidence of this can be seen in some of the fines handed out to brokerages which have been found to be in breach of regulatory law, with the fines being levied by CySEC tending to be much smaller than those handed out by other regulatory organisations such as the FCA.

Not everyone shares this criticism of CySEC, with many pointing out that Cypriot regulatory law goes above and beyond the bare minimums set out in the Markets in Financial Instruments Directive. Being regulated by CySEC ensures that traders are given certain important protections, such as having their funds in segregated accounts and a certain level deposit insurance should a brokerage go under. In fact the light touch nature of regulation in Cyprus means that many brokerages are able to be more competitive in regards to spreads than they would otherwise be able to be.

We have been seeing an increasing amount of complaints from people who claim that even though they approached CySEC no action has been taken. We will dive further into these claims, and if needed, amend this page and other pages of our sites.

CySEC Brokers: Yes or No?

View some examples for CySEC’s activity over the past few years in regulation of forex and binary options brokers. From our point of view that demonstrates their pro-activity and customer protection which are two of the most important requirements we would have from a regulator:

XGlobal Markets is the trading name of  X Global Markets Limited, a STP brokerage which has been regulated in Cyprus since 2012. The brokerage places all client orders through to one of the firms liquidity providers. While XGlobal Markets is a relative newcomer the firm has quickly become known for offering very competitive spreads and a high quality of customer service.

FxNet was launched in 2012, and operates using an STP model. Unlike with other brokerages, spreads at FxNet are fixed under standard market conditions with the brokerage widening spreads during periods of high market volatility. The brokerage is not the most competitive when it comes to spreads but offers a number of other features to entice potential clients.

FXCC is a CySEC regulated ECN/STP Forex brokerage launched back in 2010. The brokerage is competitive in terms of Spreads, though traders will have to remember to add commission onto the quoted spreads. The brokerage offers a wide range of currency pairings as well Precious Metal trading and boasts excellent execution maintaining servers at Equinix NY4.

Founded back in 2009, UFX Markets gained CySEC regulation in 2011 and has been much talked about often for the wrong reasons. In 2013, the brokerage settled with CySEC for $100,000 regarding potential breaches in the regulatory law. The settlement meant that the brokerage did not have to admit any wrongdoing.

easyForex was one of the earlier online Forex brokerages having launched way back in 2003. The brokerage has been on the receiving end of regulatory action a number of times over the years. The brokerage offers fixed spreads on all pairings, and is relatively uncompetitive unless you have one of the premium accounts offered by the brokerage.