On one hand WU is the largest remittance provider in the entire world. They employee over half a million people, and trade publicly for a market cap of more than $7bn. On the other hand, no other company has received as much (negative) media attention, and criticism by hundreds of different organizations, for their abuse of immigrants. The company has become synonymous with the word scam because of its anonymous transfer system, and has tens of thousands of complains online by angry clients.

Western Union is one of the oldest and largest money transfer companies around. Founded over 160 years ago, it has long been the most highly reputed agency in the sector. At the same time, Western Union has collected plenty of detractors over this mammoth period, with some big controversies and scandals threatening its existence. 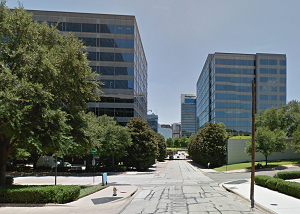 Western Union was established in 1851 as the New-York and Mississippi Valley Printing Telegraph Company. The name was changed to Western Union 5 years later, but it was only in 1871 that they first introduced money transfer.

Thereafter, they launched their first money transfer website in 2000, expanded to over 500 000 agent locations worldwide, and partnered with GSMA to develop mobile money transfer.

Hikmet Ersek is the current President, CEO, and Director of Western Union. Having served as Chief Operating Officer, he was made CEO in 2010. Since then, Western Union has diversified and transformed its business model, finding new ways to attract younger customers and provide a more efficient service.

Ersek has had a long and illustrious career in financial services, holding high positions at Mastercard and General Electric before joining Western Union. He is often quoted and interviewed by media outlets for his expertise on international economic topics.

Ersek and Agrawal are two figures in the eleven member management team, all of whom have illustrious qualifications and careers behind them.

Western Union has over 500 000 agent locations around the world. They have online transactional services available in 33 countries, with capabilities of sending to over 200 countries and territories. In 2014, The Western Union Company completed 255 million consumer-to-consumer transactions worldwide, moving $85 billion of principal between consumers, and 484 million business payments1.

Western Union stock reported an average Net profit margin of 15.1% over the last 3 years Western Union has an attractive ROIC(Return on Invested Capital) of 26%, as well as a healthy Free Cash flow margin of 21.4%3.

Use of Western Union for fraud

Western Union is notorious for its role in money laundering and scams. It is one of the most common platform used for these activities, and its failure in fighting money laundering – leaving open the opportunity for international financing of terror – led the Central Bank of Ireland to issue a fine of €1.75m in May 20154.

Western Union has tried since as far back as 2005 to root out financial scams, requiring customers to sign a confirmation that they are sure they are not being scammed. Staff has also been asked not to put through suspicious transactions. They have also gone to great lengths to educate customers on the different types of scams that they may be targeted by. Their comprehensive descriptions of the common cons outlines everything from advanced fees and overpayment scams, to romance scams. Nonetheless, customers still fall victim to these scams en masse, and money stolen in this way is almost never recovered.

Many financial institutions urge customers not to use Western Union for this reason.

Western Union is licensed by various national and state regulators in each of its locations.

In 2011, Western Union acquired Angelo Costa, another money transfer firm with 7500 points of sale throughout Europe.

As mentioned, Western Union has a fluctuating reputation. Since the company has been in existence since 1851, they have the backing of over 160 successful years. At the same time, the past decade and a half has seen their service used for scam, fraud and money laundering of amounts that number in the billions of dollars, leading eBay to ban Western Union as a means of payment, and many financial institutions to discourage use of their services.

Nonetheless, Western Union is still the leader in its industry, and is expected to remain so for the immediate future. However, as smaller and cheaper money transfer companies are beginning to proliferate, they may soon see their perch threatened.