WorldFirst, incorporated as World First UK, is one of the largest and most prominent companies in the FX market in the UK with a turnover of more than £7.7bn just in 2015. It has been running since 2004 and has local offices in all 5 continents – with local authorization as a payment provider in the UK, USA, Australia and Singapore. World First is the perfect combination – both established and technologically innovative.

Comparing World First To Other Companies

Important: Not accepting private clients as of Feb 2021.

World First is one of the newer foreign exchange options, and one of the fastest-growing. In their 12 years of existence, they’ve built a very satisfied client base, with zero fees and excellent customer service. They boast the accomplishment of being the first foreign exchange broker licensed to sell currency options. 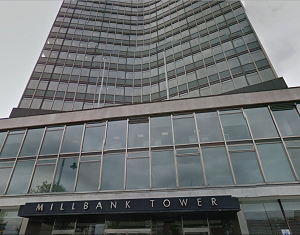 World First was started in 2004 by two friends who wanted to “change how we change money”. They had a slow first month – making a loss on their first trade – but soon after increased their staff to three, signalling the start of a rapid rise.

The founders of World First met working at CitiBank and together recognised that smaller Forex companies were struggling to get good rates. They saw the opportunity to change that and left their jobs to pursue this goal once they had saved up enough capital.

Since then, they have become a big player in the Forex market, moving over £26 billion. They are also a popular source of white-collar solutions, providing the technology that has launched Virgin Money’s transfer capabilities, as well as solutions for The Times Currency Services.

World First also pride themselves on their development and early adoption of new technological solutions. Their money transfer smartphone app (for Android and iOS devices) is one of the few highly functional apps of its kind, with a 4.4/5 rating on Google Play.

In 2015, World First released its app for certain Android and Samsung watches, the first of its kind. While smartwatches may still have a way to go before becoming mainstream, World First’s investment in the medium shows a drive to keep their services up to date with the latest innovations.

Jonathan Quin is the Chief Executive Officer (CEO) and one of the co-founders of World First. With degrees in Law and Accounting, his previous positions include various roles at Citibank and heading up Business Development within the Financial Markets division of RBS.

Kerry Tremble is the Group CFO of WorldFirst. He was previously Deputy Finance Director for Lloyds Retail Bank and a partner in KPMG’s Corporate and Investment Banking Consulting practice.

Reg Dhanjal joined WorldFirst in 2017 and he is the Group General Counsel and Compliance Officer. He is responsible for the legal, compliance, risk, financial crime, internal audit and company secretariat teams.

Despite its relatively young age, World First is one of the biggest Forex transfer companies in the UK. Their rapid growth is due to their excellent rates and technological advantages. They have a staff of over 400 employees worldwide.

They are also one of the most global Forex firms based out of the UK. There are World First offices in USA, Australia, Hong Kong and Singapore, and cater to non-English clientele.

World First appears confident that 2015 has been an even better year, with reports due at the end of January.

World First is authorised and regulated by the FCA and HMRC. Their operations in the US, Canada, Asia, and Australia are licensed by the regional regulatory commissions.

World First has built a solid reputation, based on excellent customer service, groundbreaking technology, as well as charitable enterprises.

On reviews site Feefo, they have a customer rating of 98%, hailing and praising their above-industry-standards exchange rates. They have also won multiple business awards in the UK and Europe.

World First donated £107 270 to charity in 2015, helping them maintain their image of giving back to the broader community.